Community engagement – the ‘Heart of Change’ in intelligent communities

Communities trying to achieve “Intelligence” are simply trying to solve challenges and capture opportunities that will lead to a better quality of life for its residents and partners.

Technology can be fantastic for helping collect data and automate processes that help communities work better. However, to make good use of that data and improve processes, they need to have a great way to engage the entire community. As with any great change, its critical to get everyone on the same page and moving forward together.

One example, in my favorite Town of Newmarket, happened during the recent municipal elections. The Town is currently planning a pilot to assess the benefits of a robust, 1 gigabit broadband network.

While there have been numerous studies and presentations to key groups and people, there still was a general misunderstanding of the reasons that such a project would be critically important for the Town. It even got to the point where some of the political challengers were using scare-tactics about this issue to further their own cause. The information they were sharing was misleading and in many cases, erroneous.

The response from the part of the community that understood why this project is so critical was a few really well written communications in the public domain. These enabled the politicians who were supportive, to clarify their message along a common path.

Click here to learn why some of the community felt it was critical: The Future is Fibre  and Gigabit Broadband becomes an election issue.

These articles along with lots of election related conversations, engaged Newmarket into a better understanding of the opportunity. More about that below.

“Mainstream Science on Intelligence“ (1994), is an editorial statement by fifty-two researchers:

“A very general mental capability that, among other things, involves the ability to reason, plan, solve problems, think abstractly, comprehend complex ideas, learn quickly and learn from experience. It is not merely book learning, a narrow academic skill, or test-taking smarts. Rather, it reflects a broader and deeper capability for comprehending our surroundings—”catching on,” “making sense” of things, or “figuring out” what to do.”

But how does a community apply the intelligence described above? They need to gather facts, data, and other ‘hard’ points of reality. They also need to understand the ideas, dreams, goals, perceptions & feelings – the pulse of the community.  They need to discuss, analyze and curate that data and then apply the learnings and conclusions in ways that lead to that ‘better quality of life’ they are seeking.

Many of these pieces can be gathered automatically, through systems and technology. Sensors, databases and control systems are growing exponentially in their abilities to make sense of various components of our communities. However, we still require the human element of pulling all those automated data gatherings and analysis together and applying it to the human aspect of the community.

How best to engage all stakeholders is the challenge. How does the community make engagement relevant for stakeholders making them want to contribute and enabling them to engage easily?

I recently read a powerful book that speaks to leading transformation of organizations.  The Heart of Change by John Kotter and Dan Cohen

Kotter and Cohen argue that the traditional approach to change through rational logic and analysis, simply does not work well. In this approach, data is gathered and analyzed, reports written and presentations are made. Secondly, thinking about the information and analysis changes people’s thinking. Elements that are contrary to the goals are dropped. New thoughts rising out of the analysis, change behavior or reinforce changed behavior. This approach is slow and requires much patience by those leading the change. In addition, the authors cite that a common response to logic based thought is resistance.

In contrast, the authors suggest that people change when they are shown the truth because this influences their feelings. They advocate that emotion is at the heart of change.

In showing people the truth, they need to SEE compelling and emotion driven situations to help them understand what the problems are and how to resolve them. As a result, they need to FEEL a powerful emotional response that motivates them to action. Finally, the new feelings help to CHANGE behaviors that make people work much harder toward new goals, making the changes happen faster.

This explains why so many communities accomplish stunning transformations when faced with real crisis, while at the same time communities that are relatively content struggle to drive meaningful change. Communities in crisis have their emotional ‘fight or flight’ responses driving the urgency for change.

So, although technology is a very significant part of helping communities becoming more ‘Intelligent’, it is really the truth that comes out of ‘Community Engagement’ that moves communities forward.

The result in the Town of Newmarket was a great increase in the awareness of what the project is and why it is so important to Newmarket. Not only, was this helpful to the political players, but now the increased awareness will surely help accelerate the implementation and subsequently, the benefit of the project to the Town.

At the end of the day, it was not the technology in itself, nor the logical reports that moved the project along, but rather community engagement on emotion-charged issue, that moved the ‘Truth’ along.

Newmarket is now one significant step closer to becoming an ‘Intelligent Community’. 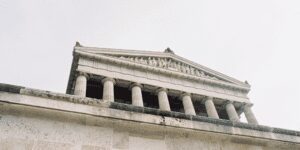 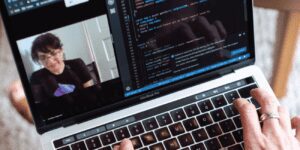